Thu Huchen is known for its early rapid growth. In the first 3 years of its life it can grow up to 70 cm in length. The largest Huchen caught on a measure in excess of 130 cm and weigh over 25 kilos. In Slovenia most Huchen are caught on the following rivers: Sava, Ljubljanica, Krka, Kolpa and Savinja and their tributaries. It can also be found in a smaller extent in rivers Mura and Drava. The fishing season for Huchen in Slovenia is open from the 1st of October to the 14th of February in the next year. Some angling clubs open the season later or finish it sooner. 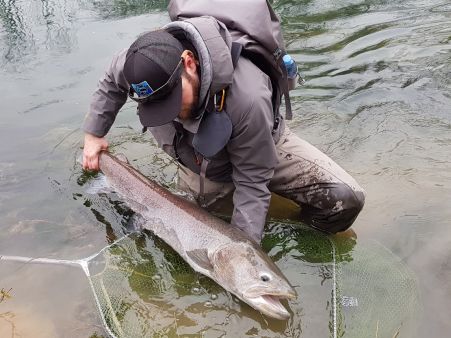