Library Article Fly-fishing stories Fishing at the end of the World!

Fishing at the end of the World! 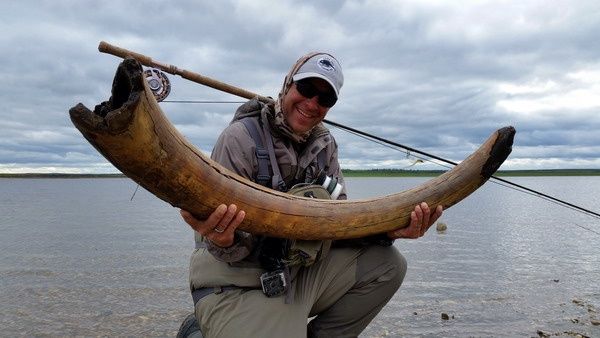 In the beginning I have to ask myself where is the end of the world? Fly fisherman travel the world in search of the last untouched, unspoilt wilderness hoping to fish waters that no-one has fished before.

Not only competing with other fisherman but with the ever shrinking natural environment and climate change.

So what is the end of the world and what is left?

Is this the Bolivian Jungle with its Golden Dorado, Amazon with Peacock Bass, and Arapaima. Tanzania and Tiger fish. Bhutan, India and species of Mahnseer and Goonch. New Zealand and Argentina brown trout. Iceland with Brown and Salmon. Greenland with Char, Slovenia with Marble trout and Huchen. Alaska, Canada, Kamchatka, Scotland, Norway, Russia (Ponoi) with Salmon. Jurassic lake with Rainbow. Tierra del Fuego and its Sea trout. Not to mention all the possibilities fly fishing in the sea can offer. Seychelles with GTs, Milk fish. Baja - Mexico and Roosterfish, Nicaragua and Tarpon…

A lot of options but I am quite confident to say the expedition I was lucky enough to get invited to went one step further.

It all started in beautiful city of Moscow, where an international team of anglers along with our host Ilya Sherbovich, the owner of the Ponoi River Company (http://www.ponoiriver.com) got together. Sherbovich is one of the largest supporters of Atlantic salmon and is reportedly doing great things for the fisheries in Russia.

A crew of 15 team members met at the airport and flew to town of Yakutsk that is the capital of Russian province of Yakutia, alone bigger than Argentina. Here summer temperatures reach above 30C, do not get fooled, the city is built on permafrost with winter temperatures reaching – 60C. So the fishing window of opportunity is quite short, July and August. Even then at our furthest north we were looking at 10C at daytime. Above the Arctic Circle where the expedition went the sun in August never truly sets.

From our Yakutsk gate the remote part of Siberia opens, and that is where we were heading. The next 4 hour charter flight took us to small town of Zhigansk where we boarded a ship with some 70 crew to accommodate 15 fisherman whilst we cruised down the mighty Lena river. Over the period of 2 weeks we covered 10 rivers, 1000 miles of water. Partly with helicopter, partly with jet propelled inflatable boats.

On three occasions we also used ground crew who prepared camps when exploring even deeper into Northern Siberia.

Our main objective was Taimen (Hucho Taimen), that is present in most mountainous parts of Russia and Mongolia. The biggest caught in the river Tugur (Southern Russia) where feeding on Pacific Salmon.

Personally I have a lot of experience with cousin species Huchen (Hucho hucho), present in the rivers of central to southern Europe that drain to the Danube river and further to Black Sea. It is my passion and obsession, designing flies and lures: http://huchofishing.com. Personally I prefer fly fishing over spinning. Unfortunately to be successful, the fly or lure needs to be as close to the bottom as possible. I was hoping that would not be the case in Siberia, since it is a lot more fun to fish skating mouse patterns on top than dredging big streamers with 750 grain sink tips on the bottom of super fast flowing rivers. To visually see the surface mouse pattern take must be amazing I dreamed….

After a few days of travelling, anticipation was getting to boiling point. The first river to see where we stand was Dzardzhan. After an hour helicopter flight we were dropped off somewhere that possibly man had not stood before, no human footprint whatsoever. No little piece of glass, metal, plastic; nothing only river, mosquitos, and occasional footprint of bear and wolf. So so exciting. We inflated the raft, jumped in to let the adventure begin.

All came to together probably after a good two hours after drop-off, when we found nice not too fast rapids with plenty of river structure. This is it.

Double handed rods with 11wt floating line started to whistle in the air. Closing my eyes I still see how the tube mouse pattern dropped in the water. Strip pause, strip pause, strip pause and then from nowhere a big head emerged and engulfed the mouse. Could not help myself but set too fast…missed it. Ahhhh. Continued stripping, no worries this fish hasn’t seen a fly before, and yes it came again, wait, wait, steady, set. Yes we are on…they are not the best of fighters, but they are big and heavy. So the fight went on probably for 10 minutes when I landed my first probably 20 pound Taimen. So happy.

The memory from a few hours later I would probably like to erase, since fooling around with sinking line and fly tied to a jig hook, hooking a monster of probably 60 pounds, but I lost it due to an opened hook, knowing I should have replace it with proper saltwater stinger hook. Oh well it was first day and still two weeks to go. Unfortunately that was the biggest Taimen we saw. The average count was three Taimen per day per person average weight probably around 15 pounds.

One of highlights of the trip was when camping on the bank of the river Olenek. In the morning before breakfast I needed to stretch my legs a bit. It was quite funny the river level was significantly lower almost like low tide in the sea. Not far away from camp I noticed something lying on the ground, freshly exposed from the river level dropping. It was a Wooly Mammoth tusk. I screamed with surprise and excitement. Proudly picking it up and carrying it back to the camp where I could already smell breakfast. Everyone gathered around to take a look and snap some pictures.

In these situations you step backwards and realize you are in a place and experiencing what probably Astronauts felt like when stepping on Moon.

The tusk was given to the organizer and will probably be on display at the Ponoi lodge.

This was also the northeast point of our expedition. On the way back we did encounter some bad weather, resulting in colored rivers. Forcing us to fish the delta of river Muna. It must be the pike capital of the world. Average 20 pike per person per day. Ranging from 10 to 30 pounds. Mostly on surface, what a blast and a great ending to the trip of a lifetime.

During the trip I was taking pictures with GPS coordinates, since for the last two years a friend and I have been developing a mobile fishing app that would, besides improving casting with phone and holder, also create a picture log with coordinates. Giving you option to click on a picture and return to desired location. Sharing pictures with friends or keeping them as a personal fishing diary.

Newly launched app is called https://flyfishingapp.com and the Yakutia expedition is visible to users. 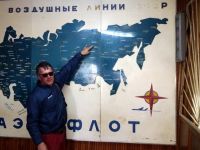 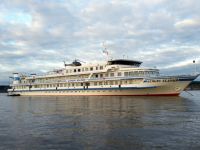 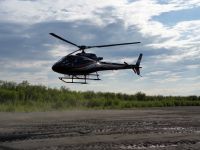 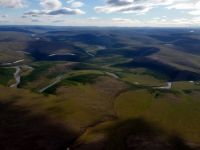 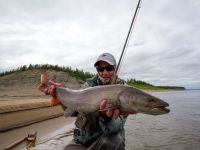 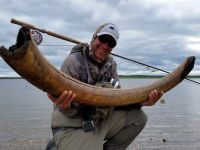 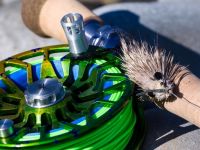 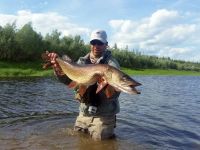 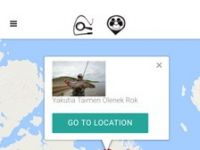 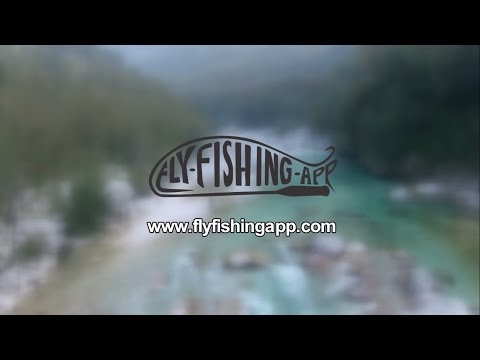 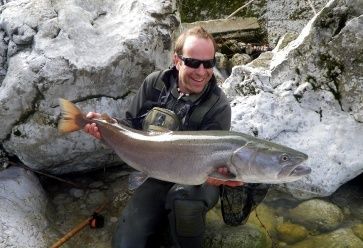