Fly-fishing in Slovenia with Flyfishingodec | Danube Salmon is gone..?

Danube Salmon aka. Huchen is almost gone from the Danube river! 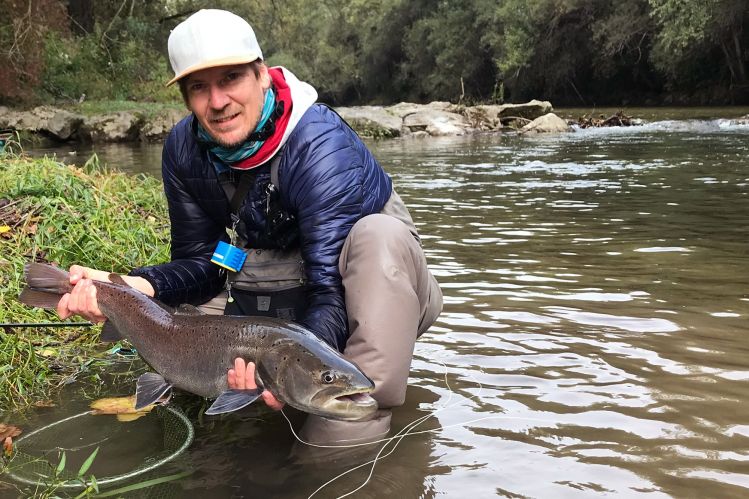 The last time I watched a TV show on the Discovery Channel and the host was Jeremy Wade. The show talked about the disappearance of the huchen population in the Danube river. The construction of hydroelectric power plants, the conversion of riverbeds into channels without vegetation and shade for fish, and the regulation of riverbends are only part of the negative interventions in watercourses, which, according to all research, have a strong impact on all fish life. Of course, we cannot ignore the fact that it also negatively affects the lives of those who live along rivers.

I already wanted to carry out FLY FISHING IN SLOVENIA for Danube Salmon (lat. n. Hucho hucho), the king of the Danube basin, and the most respected fish among anglers, back in 2009. The memory takes me to an event when I was shopping my new fly-fishing rod in a well-known fishing shop in Ljubljana. I was looking at a fly fishing rod which was 9 feet long, AFTM # 10. I was already quite close to buying it, but an awkward personal situation prevented me from doing so.

After that, I didn’t think much about fly-fishing and huchen. On the one hand, I’m not a fan of spending my free time fly-fishing on cold days by the water. Of course, my colleague Rok would not agree with this statement. For him, the huchen is a fish of winter. The colder it is, the better the fishing.

Ten years ago fly-fishing for huchen was certainly not in the foreground among Slovenian anglers. It was thought by for a long, long time that the only technique among anglers looking for such fish was spinning. Myths about fly-fishing for the largest living trout in our waters were dispelled a few years ago when more and more trout fly-fishing fans started trying to catch the king among fish using fly-fishing technique.

When I wrote and posted BLOG #18 two years ago, I wasn’t sure that the fly-fishing for huchen would become a goal and even desire for me. But in the time since the huchen became the fish which I wanted more and more to catch with the fly-fishing technique. And I have to say I succeeded.

The huchen fly-fishing season 2019/20 was a turning point for me. I caught my first two specimens that season, both with the fly-fishing technique.

The fishing district is managed by the Bistrica Domžale Fishing Family. The findings based on catches of recent years show an enviably large stock of huchen in Kamniška Bistrica, which makes us very happy and is encouraging news.

My colleague Jernej and I started this year's huchen fly-fishing season the way we finished it last year. In the first pool, I had an immediate close encounter with a huchen. A beautiful specimen, of remarkable size, which suddenly found itself at my feet. He followed my artificial fly and barked at her, almost sang and at the moment of the face-to-face meeting he also changed his mind. Too bad. The path flooded me. Nervousness. Really? Did I waste a unique opportunity to catch at this point?

Thank God that didn't happen. Shortly afterwards, in the next pool, I experienced a so-called “school” grip. My reaction was correct. A quick tightening, a strong grip of the fly rod and the huchen was clamped. Thanks to the equipment, my diving fly lines and lax ties were able to withstand the strength and struggle with a large huchen, measuring almost a meter in length. After the obligatory photo, the huchen swam unharmed back to the heart of ALPINE BEAUTY river Kamniška Bistrica and will wait for us until next time. I definitely hope so!

SULEC - the king of waters is the largest species of trout and one that also lives in Slovenia. Sulec is spindle-shaped, and it has a distinctly large head with a large mouth and numerous teeth, demonstrating the predatory nature of the huchen. On the back, it is gray-green to gray-brown, while they are lighter and have a copper touch and darker spots, distributed mainly above the sidewall. The fins are lighter shades, and the belly of the fish is lighter gray or almost completely white.

The king of our waters is the largest species of trout and one that also lives in Slovenia. Sulec is spindle-shaped, and it has a distinctly large head with a large mouth and numerous teeth, demonstrating the predatory nature of the huchen. On the back, it is gray-green to gray-brown, while they are lighter and have a copper touch and darker spots, distributed mainly above the sidewall. The fins are lighter shades, and the belly of the fish is lighter gray or almost completely white. 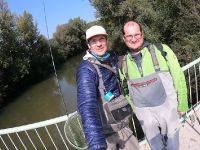 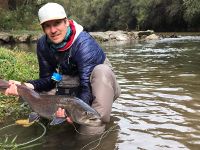 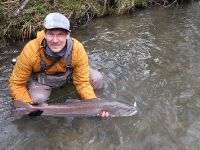 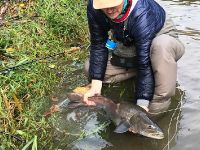 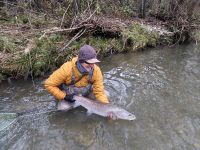 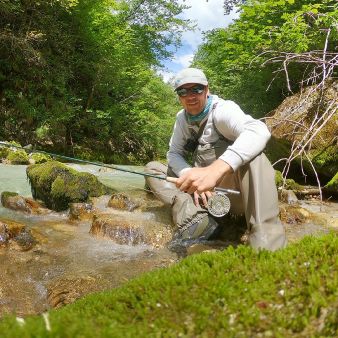