Gold in the Delta Yesterday morning we headed out to the delta of the Río de la Plata river, right by the city of Buenos Aires, in search of some golden dorado and wolf fish (or tararira) action. The weather forecast had announced a sunny Sunday with hot temperatures around 30°C and the morning looked really good, so we cruised right into the delta’s first section.

Luis and Nico, who are experienced in these waters, were acting as guides for Teo, Nicky and me. We headed straight to the channel where we would begin fishing, and saw some fish moving on the water surface, surely small baitfish which were being preyed by dorados; so we continued going in that direction.

As Nico started preparing the gear, he got a sudden strong bite right as the fly reached the water, announcing to us all a great fishing day ahead.

We went on a bit further inside through the channel when I got my turn: a good pull in the line, followed by my response trying to set the hook, and then a beautiful fight including some aerial game by my first golden dorado. We landed it after some minutes and I got to admire the beauty of this species with a smile on my face while Luis took some photos. Then we watched him swim away.

Later on, we had a fast and early lunch on the motorboat while we enjoyed the place we were immersed in. It’s amazing how beautiful, peaceful and wild these spots are, being only minutes away from a huge city. 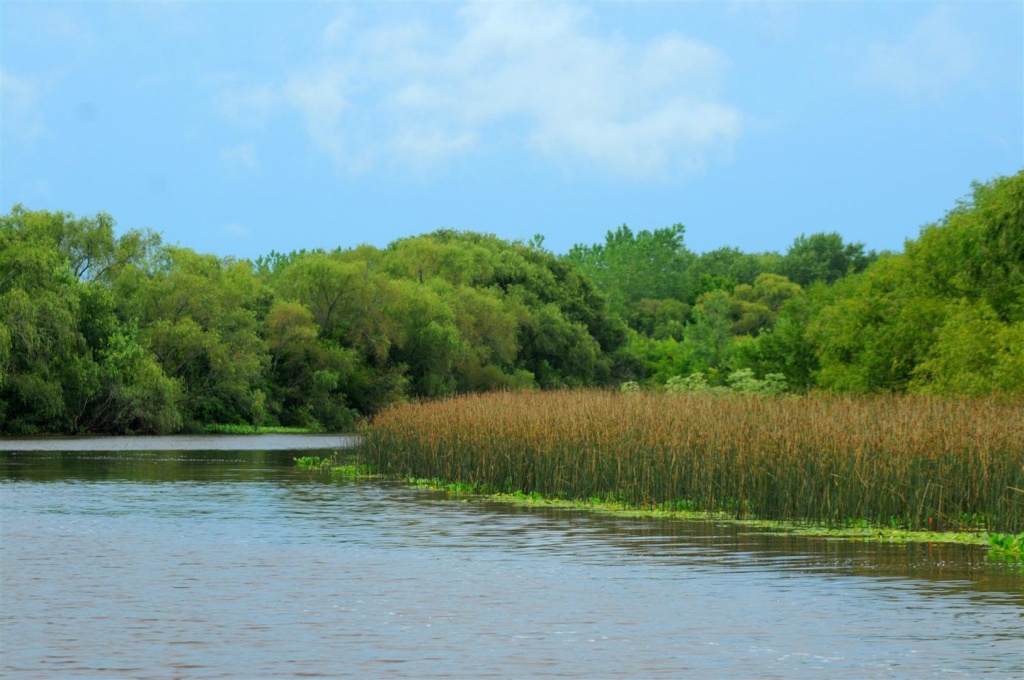 Time went by and we continued fishing. We were trying a Thomas & Thomas 8-weight Solar rod, the guys agreed that it was just perfect for this kind of fishing, as it handled the big heavy flies in long casts, positioned them accurately in tight spots, and had the right power (and butt) to battle the explosive dorados.

We were casting for the goldens and tarariras in small streams when Teo had a good strike; he fought a nice dorado for a while, but then lost it after several jumps.

Luis and Nico decided to head to another section of the delta, but when we were going back through the first channel I had a killer pull on the line! I made my best to set the hook firmly, took a quick glance downstream and saw this big golden dorado jumping in the air and shaking its head powerfully. I tried to put some line in but just as he touched the water again, all hell broke loose. He made the fastest run downstream, making me see the backing line on the reel while heading to a spot with dense vegetation and underwater logs. When it got there, we tried to pull him out but there was no chance, it was already too late.

If you’re used to fighting trout, you just can’t believe what happens when you hook one of these dorados. I still can’t, and although I only had a couple small ones on the line, I think I can now understand why it is such an incredible game fish for fly fishermen.

As we continued our day towards new waters, an unexpected storm covered the sky. Bucketfuls of water started falling suddenly. We took shelter on the shore with the boat under the trees, but then we even had to ask a local man if we could stay under his roof, which we did for a couple hours ‘cause the rain wouldn’t stop. We ate and had some hot drinks for a while, then went back to the river when the rain softened.

We went to bigger waters this time, closer to the main course of the Río de la Plata and hit some fantastic spots. We didn’t get lucky with the dorados again but we finished a great day casting towards a superb sunset and watching the silhouette of the big city in the distance. 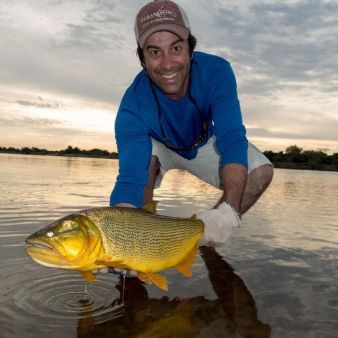