Matt Harris is one of the most renowned fly-fishing photographers in the world. He has been working for the top firms in the industry for long years and travelling to worldwide destinations that include Argentina, Australia, the Bahamas, Brazil, Canada, Iceland, India, New Zealand, Norway, Russia, Scotland, and Zambia among others, where he has taken incredible pictures and also fished for various species. He has also written for the leading magazines on fly-fishing. It is our pleasure to share Matt’s amazing stories with you.

Fd: When did you start fly-fishing? Can you tell us about your memories from those times?
MH: I started fishing when I was around six years old, but I came to fly-fishing late - I was in my mid-twenties. I bought a "Beginners" outfit and was thrashing around like an idiot when a great guy called Rod Tye met me on the bank and took time out to teach me how to cast. With Rod's help, I finally managed to put the fly out a decent distance, and around three seconds later, I was playing my first trout on the fly. Rod - who was a celebrated fly-tyer and a brilliant fisherman - very tragically died of cancer a few years ago, but I'll always remember him as a very generous guy who took time out to help me and started me out on a lifelong passion. Good on you, Rod.

Fd: When did you get started with photography? And, how did you become a professional photographer?
MH: I wanted to be an illustrator, and thought I was a pretty big deal at drawing and painting in the "small pond" of my school art class in West London. However, when I went away to study illustration as part of a Graphic Design degree, I quickly realized that in the "big pond" of a degree course, I was small fry - there were kids either side of me who could draw WAY better than I could. The degree offered other specialisations like animation, film-making and typography, and I did some more thrashing around, trying them all and excelling at none of them. Then, finally, I picked up a camera, on a field trip to Amsterdam. I knew in about 5 minutes flat that that’s what I wanted to do. I LOVED it and I still do.

Fd: Photography is one of your passions along with fly-fishing. How do you handle both at the same time when you are outdoors?
MH: The trick is to know when to put down the fishing rod. If you are serious about pictures, then you have to recognize when something special might happen and simply forget the fishing. I ALWAYS have a camera with me, even when I'm intent on just fishing, but making great pictures demands that you put EVERYTHING into just making images. That can be pretty tough - especially when the big silver beasties of the Alta are around - but if you want to make really great pictures, you have to learn to recognize an opportunity and have the discipline to put the rods away.

Fd: Do you have any mentors in regard to fly-fishing photography?MH: When I first saw Val Atkinson's images, I realized how beautiful fly-fishing can be. I met Val briefly in NZ & he is a disarmingly friendly, likeable and unassuming guy, and a real inspiration. Steve McCurry is NOT a fly-fishing photographer but his portraits are stunning and have been a huge influence. Other mainstream photographic geniuses like Sebastião Salgado and Josef Koudelka also inspire me and just make me want to go and take pictures.

Fd: When you go out on a photography and fly-fishing session, do you have certain ideas of the pictures and the work you will do, or you prefer to see where the moment takes you?
MH: I do pre-visualize images and I often work out where the best spots at a given location are BEFORE I arrive, using google images, websites and so on, but light is what makes images unique and special, and it is constantly changing, so being able to respond to what the light offers is what allows a photographer the chance to make really memorable images. I assisted a brilliant advertising photographer, Nadav Kander, as part of my apprenticeship, and Nadav was ALWAYS there way before and way AFTER the light had worked its fleeting magic. If you can consistently be in the right place when magical things happen with the light, often BEFORE or AFTER everyone else is on the water, then you are half-way home. If you regularly find yourself still drinking your coffee or kicking your boots off and sucking on a cold beer after what you felt was a long day, just when that stunning shaft of light comes gleaming through the clouds, then you may want to think about another career.

Fd: What is your favorite camera system? Which are your favorite lenses?
MH: I use Canon kit, but I really despair about how many amateur photographers get so caught up on cameras rather than technique or aesthetics. You don't hear painters obsessing about paintbrushes or draughtsmen comparing pencils. Canon's cameras are great - light and impossibly good quality - I LOVE the EOS 5D mk3 because it is so small and light and does everything important that its big brothers like the 1ds Mk3 or 1dX do, but it’s still just a box with a hole in it. It is the lenses I care most about and - like all manufacturers - Canon makes good ones and bad ones. Their 70-200mm 2.8 is great and the image stabilizer is a genuine advance, allowing the ability to shoot in lower light. For portraits, the 85mm 1.2 is a killer but it’s a LOT of very heavy glass to smuggle, past all the hand-baggage weight-limit "jobsworths" at the airport.

Fd: What do you think about the new Era in photography (digital cameras, software, etc.)?
MH: Digital photography and online picture libraries in particular have made photography a much cheaper commodity, but digital cameras and software have taken image-making to a much higher level in terms of what is possible. Being able to shoot in MUCH lower light is singularly the biggest advance in my opinion, along with the fact that digital files have a much wider tonal range than transparency film. Shooting huge numbers of images really does help you become a better photographer if you are able to analyze what does and doesn't work, and obviously without film costs you can do this. Adobe Lightroom is an amazing bit of software and although I'm not a techie, I cannot recommend it highly enough. It really is life-changing.

Fd: What would you recommend to the starting photographer and to the anglers that want to have better pictures of their fishing trips and catches?
MH: A million things...Think about where the light is coming from, fill the frame with your subject, use a polarizer and lens hood etc. etc... But mainly, look at LOTS of pictures and try to understand what you like about them.

Fd: Which is your favorite specie, and why?
MH: I love it all - from sailfish to the tiniest trout, but if I had to choose, I'd pick Atlantic Salmon - BIG ones - in Russia or Norway, for that electric moment when they come from nowhere to hit the fly, and Permit, for the sheer, heart-thumping rush I experience every time I even see one. Both fish conjure a raw, adrenaline-charged excitement that I think is just about the most fun you can have standing up... apart from having sex standing up, obviously...

Fd: Do you have spots and species in your bucket list?
MH: I am shortly heading off to Tsimane in Bolivia to fish for and photograph the astonishing Dorado that inhabit the Secure River watershed, and I have seldom been more excited about a trip.
I still long to catch a 40 pound Atlantic Salmon and a really HUGE tigerfish. I keep losing the milkfish and I've never even seen a Roosterfish or a Marlin - there's still PLENTY out there...

Fd: As a final point,a) What does fly-fishing mean for you?
MH: Fly-fishing - along with my family - is my life. I photograph kids for advertising campaigns and I love that too, but fly-fishing has taken me to some of the wildest and most spectacular places on the planet and has afforded me adventures and thrills and spills that I never dreamt of experiencing. I am very lucky to have a fantastic and gorgeous wife - Cath - and three great kids, Charlie, Tom and Pete - that put up with my travels, and I owe them a great deal.
b) What does photography combined with Fly-fishing mean for you?The images above my desk - amongst them, one from a trip to the now "off-limits" Giant Trevally wonderland of Cosmoledo in the far western Seychelles and another of the fabulous Lilyok Pool on the mighty Yokanga - all serve as a constant reminder of all the magical places I've visited. Looking at the mighty peacock bass and the vast tarpon up on the wall, I know I've been very, very lucky. I'm currently working on a book of my images and some of the stories that go with them. Photography freezes moments in time in a way that no other medium - including video - can do, and I hope that my images are able to convey some of the very special experiences that Fly-fishing can offer.
You can see more of Matt's work at: www.mattharrisflyfishing.com

Thanks a lot, Matt! 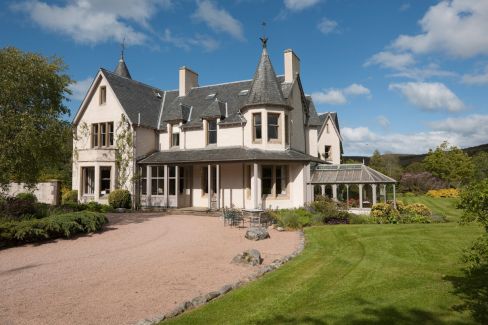