It has been many a year since i fished Lough Arrow, and if i recall the last time i fished it was in 1982.

It was with an old work pal Ian Matchett who came down with me to fish the May fly.

Firstly when we arrived the weather was that bad the lough rose and flooded our tent resulting in the pots and pans floating around inside the tent and our fishing boxes outside bobbing around and lucky enough we lost nothing.

Secondly our visit to one of Lough Arrows ledgends , the late Tommy Flyn.

If any of you old guys remember Tommy, he use to live in an old bungalow at the shore just down the road from the Rock house hotel.He was a character,he would be sat near his open fire with what you would call a tree trunk in the fireplace burning away and now and then he would shove thre trunk further into the fire.

When raining the water use to run from the back door across the floor and out of his front door.

"We need a boat Tommy" and his reply was take that one near the edge.

More than often you would get into the boat and suddenly disappear through the bottom of it as happened to my good friend Geoff Birch Who also tore out the back of the boat with his engine,the boats were that bad.

Tommy was famed for his manufacture of greenhart fly rods all of 13 to 14 foot long and we were shown 2 off them destined to the late Queens mother.

With his flat cap and green blazer he was a sight to behold at the shore of the Lough.

It was only in the past fortnight that i was looking through my old collection of flies and i found one of Tommy,s versions of the Arrow green.

The difference of this fly was the body was of natural seals fur instead of the natural farria.

Si i decided to tie a few up to use next year on the Lough.

"The Murrough" so i cannot wait until next year to give this wee beauty a throw.

The tying is as follows 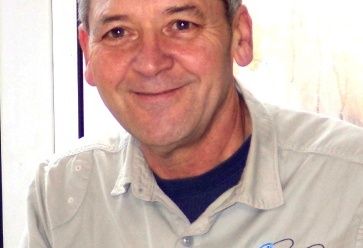