Colorado is a year-round Fly-fishing paradise, winter is no exception. 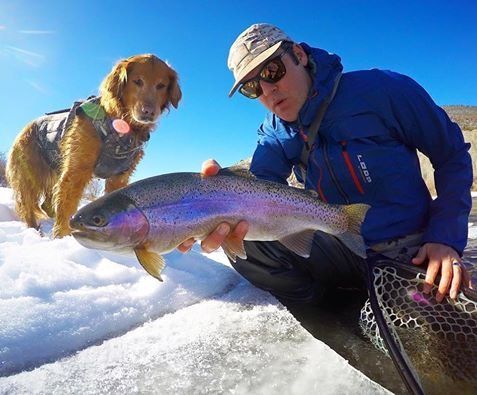 One advantage to fishing this time of year is that the food source is more limited than during the rest of the year. This has 2 advantages, first the Trout are more opportunistic when it comes to getting a meal and second it can make selecting the right fly a bit easier.

During June- September I will carry upwards of 8 different boxes of flies with me on the water (no exaggeration). Come late Fall through early spring I find my program stripped down to about 2 boxes of flies. Fly size is even a much easier choice albeit a bit harder on the eyes choice.

Finally, color choices are even more limited to what I think the Trout are going to want. Of the thousands of fly patterns that populate our fishing world, there are just a handful of patterns that most anglers need during the winter months. The go to flies that you will find in my box this time of year are what are going to be very effective on the rivers of the Rocky Mountains. Pretty much all these patterns are of the Midge family of aquatic invertebrates. Remember that midges are available year-round to trout, and will make up more of a trout’s overall diet during the winter months.

Fly fishermen wanting to consistently catch trout during the winter, better make a point to keep a fly box stocked with a nice selection of midge patterns representing the entire life cycle. Let’s also remember that when fishing the winter months nymphing is going too far out produce any other method. That’s a blog for a later date.

Zebra Midge– The Zebra Midge is a pattern that imitates a larva or emerging pupa stage of the Midge. This is definitely one of my go to winter fly patterns. Most typically tied as a beadhead with or without tungsten beads. Of the colors that are out there there are mu favorite Red, Black and Purple.

Egan’s Rainbow Warrior-Lance Egan’s Rainbow Warrior is a devastatingly effective fly pattern that we live and die with around here year-round. A member of team USA fly fishing and bronze medal winner at the 2016 World fly fishing championships, lance created a winner with this fly. The deadly combination of rainbow scud dubbing and the red-hot spot behind the tungsten or glass bead give the Warrior it’s meal appeal. Colors most common are red, black and pearl.

Craven’s Jujubee Midges– Credit where credit is due. Charlie Craven is a very impressive tier from Denver who has been tying flies since the age of 8. Charlie has created as many great patterns as anyone in the business. The fly we want to highlight here is the Jujubee Midge. This pattern was developed to entice the extremely selective trout in Cheeseman canyon of the South Platte River. If they catch fish, there they can catch fish anywhere! Probably one of the more involved flies when it comes to tying, upwards of 15 steps go into this bug. The detailed segmenting of the body and the sparse touch of flouro-fiber give this fly real a desirable look to Trout. A great tail-water fly. Chartreuse, red, black and blue are some of my favorite colors.

RS-2-When Rim Chung came to America, little did he know he would create what might be the most effective fishing fly ever devised for Colorado’s South Platte River. My first experience with the RS-2 came about 22 years ago, when I guided Mr. Chung's next door neighbor at the time. It was mid-October and we were doing OK by my high standards. My client asked me if I had fish the RS-2 before? I said R2-D2? He pulled out a little baggie of black flies that really didn’t look like much. I tied one on his line and the rest is history. The Rs-2 is a true emerger pattern that I fish down deep on the swing or in the surface film. I can truthfully say this past fall we sold more RS-2’s than all other midge patterns combined.

Eggs– OK! If you fancy yourself some sort of fly fishing purist you can just move along, for the rest of us, we just want to catch fish. Fact is that like all other living things Trout reproduce and a product of the process is eggs. Brown trout spawn in the fall/winter thus the river is full of eggs and Trout eat eggs. I mostly use an egg pattern as an attractor in front of a smaller midge larva. Eggs in chartreuse or some variation of pink are very effective. Enough said.

Brassie– I was turned on to the Brassie by a shop owner over on the frying pan river back in the day. A tried and true old school midge pattern that has not lost its effectiveness. Many consider this bug a tail water fly, but it works everywhere anytime. The Peacock hearl for the head/thorax give it just enough attraction that make it so fishy. If it works in the Bend hole of the Frying Pan, that’s good enough for me.

Miracle Nymph– A fly I discovered as an imitation for a Mysis Shrimp. Mysis are found in several of Colorado's tail-water rivers. The mysis was introduced into the reservoirs as a food source for the stocked trout. The fact is that ver y few Mysis shrimp come through the turbines of the dams unscathed. The Miracle Nymph basically represents a Mysis that’s been through the ringer or turbine. The Miracle is also a great midge larva pattern that can be fished in any river, especially when you have very clear water conditions. The Candy Cane is a variation on the Miracle Nymph as well.

Griffiths Gnat– When its all said and dun eventually some dumb Trout will make the effort to come to the surface and eat an adult midge. As a guide I tried to not let my clients notice this behavior as it would only lead to a total melt down of guide and or client in the end. It seems that someone is always trying to invent a better adult midge. God knows I’ve tried them all. In the end I will almost always go to the Griffiths Gnat. Created by George Griffith, one of the founders of Trout Unlimited and the kind old gentleman who first taught me to fly fish. The Griffiths can be fished any number of ways, but is a great imitation of a cluster or single adult midge. I prefer to present it dry usually behind a small Adams or Royal Wullf so that I can see it being eaten.

Roy’s Special Emerger – This is the exception the the rule of the Griffiths Gnat. In total rage of frustration one day on the frying Pan river watching fish rise all around me and I couldn’t get one to eat anything I , I wandered into frying Pan Anglers. That’s where I met Roy Palm, he could sense my frustration as I told him what I witnessed, without a word he went over to a fly bin took 6 flies and just handed them to me, no charge. A week or so later I went back to the Pan and tied on one of those flies and after some initial tinkering with my rig I was on one of the biggest trout of my life. I lost that fish, but managed to land a bunch more fish before losing or destroying all 6 of those flies. That fly is the Roy’s Special Emerger. 25 years later I get s huge grin on my face when I turn someone on to the Roy’s. I’ve probably told that story 500 times! 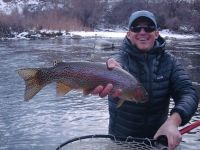 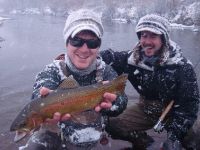 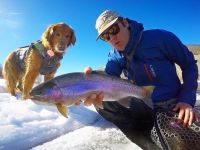 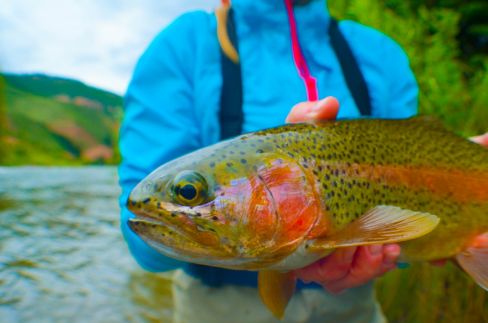