Wading the lagoon for the beasts The fishing has been slow for a week.Yesterday as John,Tanner i got in the water we were anticipating a turnaround in the bite.W e have been badly hamstrung by inconsistent winds, colder than average water temps(turnover offshore i think), and most imortantly lack of decent amounts of bait.The bite had been very good when there were good size pods of pilchards....and tremendous amounts of minnows(Bay Anchovies and Glass minnows mostly)Then a decent cold front arrived and they blew out.Now just scattered mullet and leatherjacks.

Anyway in we go to the lagoon.John and Tanner start at we call the "Honeyhole".Muddy depression next to a sandbar....i head to to fish a hard sand flat that lays next to a dropoff the jacks have been driving bait upon all winter.Not 10 minutes in the winds start to freshen...and rise morn and within 25 mins is NW 15-20...oh lovely...whitecaps....out i get.Head down to my friends and they have retreated from the bad conditions also...however they did get a fish a piece...small cuda,small jack.Disappointed  again.However, there is positives...John points out that the water has warmed and we did see better amounts mullet and some minnows.I get a good feeling.Winds are supposed to shift throughout the day to SE and temos in low 80's...High water in the morn too.Tie mullet patterns the rest of the day and get to sleep early for once.

My alarm actually wakes me up(a rarity) and as i load car with waders and 7wt and 9wt anticpation is HIGH.As John and I wait for the park to open we talk and hope that the improved condition will translate to some better action whether it be snook,jacks,trout, or simply a mixed bag of ladyfish, bluefish and runners.Really we express we are just grateful for being able to throw on a fine Florida morning....just happy to cast.As we walk the half mile to a strting point for the day John asks we what i will start with the 7 or the 9."I think i will start with the 9wt and that popper you gave me last week....and you?"

"Match the hatch so to speak...good idea Johnnie."

I get and and start stripping line out and making false casts to clear the line.John get in behind me and stops short setting up to cast parallel to the mangroves.I am not even half way to where i want to set up when i hear something and my heart starts to elevate....i know that sound.....I swing around to face north and see gouts of whitewater 200yds away.....JACKS!Large ones it appears too!The explosions and sending the water 3-4 feet in the air!"JOHN,JOHN there here ...big jacks!"....."oh my god!" is all he can say.....I whisper to myself ..."come this way you guys"....and they do.The explosions stop and the bait supply is inhaled and the slow.my arms start to shake in anticipation.Will they bypass us and head to deeper water?....No the head straight south directly at us.The school appears to be a least 50-75 strong and then the slow and creat a phenomena i never tire of seeing.Up until this point the water has been slick calm....and now wavelets start to slap my waist....the school and the size of the individual fish is so dense and diplaces so much water that the generate their own waves.This is going to EPIC if they turn on.

Slowly they come.I make a cast beacause i can't just do nothing.....lands and the school is still 150ft away...start stripping hard.....pop,pop,POP!Hoping that a single lone lead fish is way out front.Stare at the fly not wanting to miss if there is a run on it. NADA.......John say "Oh my god Dave look how many!"....i  can barely hear him.I wait to cast...soo difficult.the cut the distance by a third and i can wait no longer.Good cast.Fly lands with a splash 60ft short i make to pops and let it sit.....excruciating.....and then the lead fishes start to quicken there pace.They sense there is prey around.John and i start to tremble as we realize they are about to hit critical mass and a massacre is about to begin. Fifteen feet away for the popper ....i start to strip hard....I see the humps on the surface get bigger and accelerate...THEY ARE ON IT!!....i watch as half a head breaks the surface and my popper(which looks SO tiny at that moment,like a #22 dry) vanishes in a gout of angry water!!This explosion seems to be a signal to the rest of the school that the massacre is on!The piece of water that explodes in front of us is surely at least the size of a baseball diamond the majority of the school makes a bulls rush at the groves...the boils,gouts and expolsions are all around us.Johnnie is literally yelling"Holy S*&^.........OH MY GOD!!.."i look to see as he is literally get  wet....no,soaked for all the whitewater around him.He stops casting...and backs toward the shore he wants no part of these today...seems content to be a spectator .

The new Axiom bends obscenely deep and the Riptide drag screams as i keep my hands a safe distance from the handle.....100ft gone...200ft.......there goes 300 as the my fish stays with e the school as the exit off the flat....annihilating anything in there path.How is it possible that my shoulder is already starting ache.Finally after some careful palming on my part the beast turns north  and seprates himself from the school.John is at my side as the slug fest starts.You can give the fish no quarter...max pressure from the strike til the end.Quickly look at my reel and see he as dumped more than half the backing....constant pressure and "down and dirty"...stalemate for the first 10 mins.Then i start the get line SLOWLY.Looking for the small window to take advantage of.John my best fish compadre' does as any good one will and bust my chops to cut the tension"AWW COME ON DAY WHAT THE HELL IS TAKING SO LONG!!....you getting soft?...heck, i'm 25 years your senior and i would have been done by now!!...hahahaha!!"..JOHN< you wanna take over the fight?"....."ahhhh, no thanks not today! hahaha..."We laugh and talk about how grateful we are to be able to see and do these things right in our own back yard.Then it's time to get serious.he goes right, i go left...low to water.John coaches and i listen.after another 20mins i get the window and take full advantage...he comes to us and i get the flyline back on the reel....5 mins of max pressure and as He gets the camera ready for quick snaps i case we do land him i grab the leader and then have to release as this supremely stubborn fish peels another 75ft off the reel...more max heat....another 3 mins and then he gets close i grab lead and  this perfect predator lays on his side.I make a tail grab to be extra careful to avoid those the vicious scutes and pull this tail out of the water...ELATED!!!!....look for my popper and it is no where to be seen......JOhn comes close two quick snaps...and after having to put my entire fist into his mouth(and he chewed on me ..OUCH!) we retrieve popper...quick revival...he blows out of my hand seemingly as fresh as i daisy......handshake as John says "GREAT fish, Dave!"....."yes he was John ...your next...." 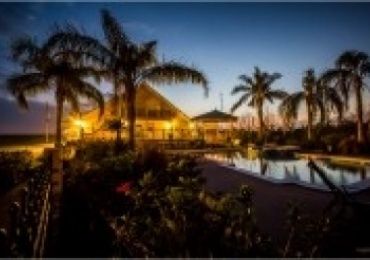