Wrap the lead wire to weight the fly. 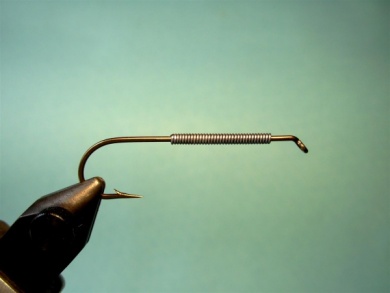 Try to find two rabbit strips with the same size and length. These should hide the hook when placed and glued to each other. Use the dark strip on top of the fly. 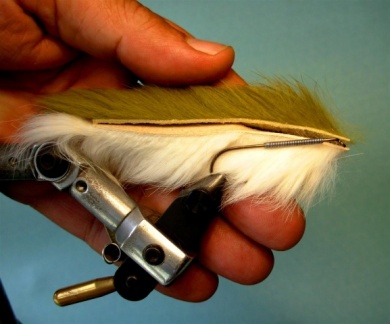 With a needle, make a small hole on the lower strip so that it reaches the barb. 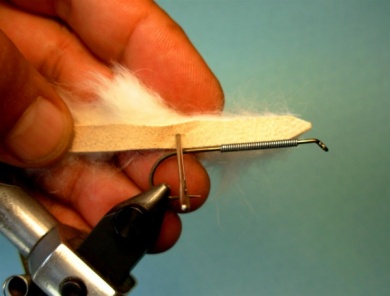 Place the strip on the hook through its hole. 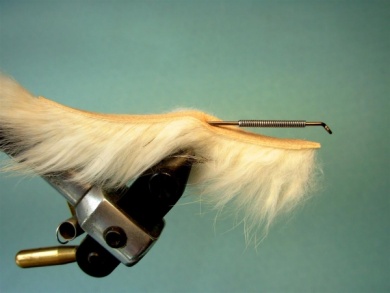 Then, tie the strip by the hook eye. 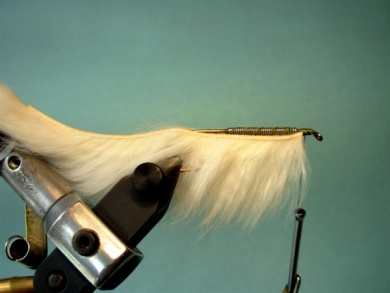 Tie the upper strip at the same place where the lower one was tied. 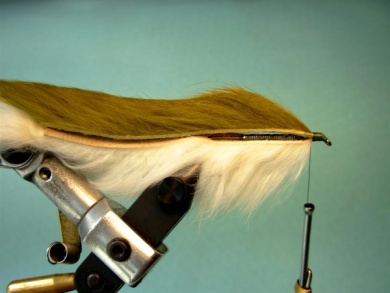 Use the elastic glue to bind both rabbit strips. 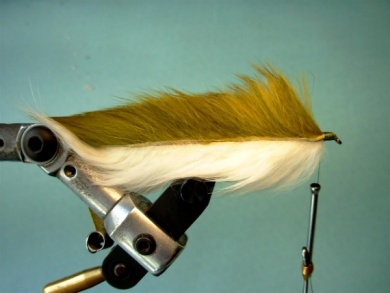 Put some Flashabou or Crystal Flash on each side of the fly. 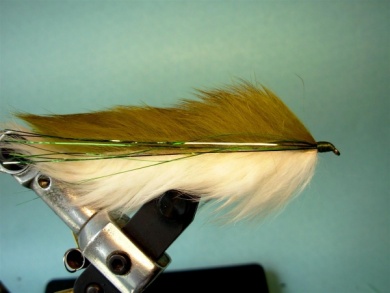 Using Zap-A-Gap, glue the eyes on each side of the fly. 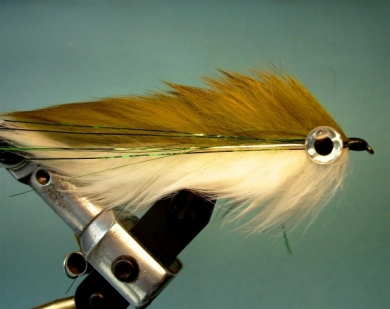 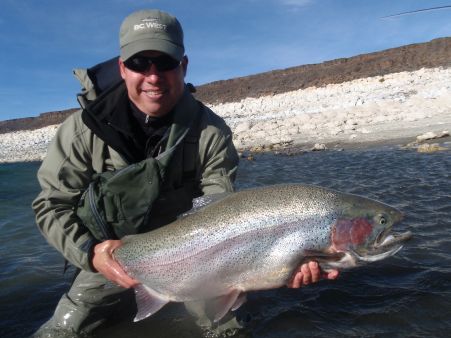