Wrap the lead wire along the hook shank. 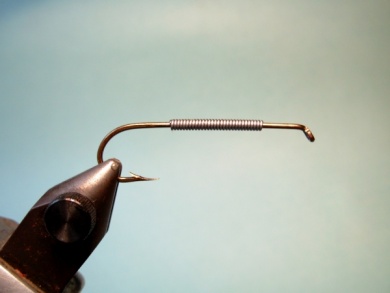 Tie a lower body in a spindle shape along the hook shank, securing the lead wire. Tie the tinsel oval over the lower body (this should not go further than the hook barb), and then place the dubbing material on the thread. 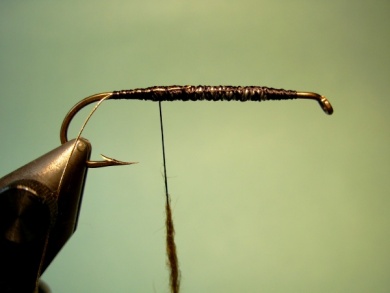 Shape the body of the fly with dubbing. Dubbing colours may be combined. 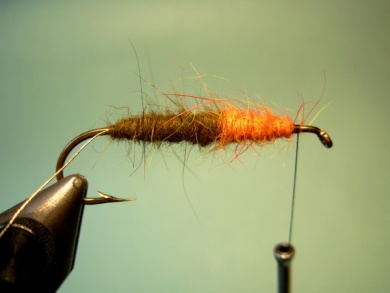 Remove the fibers from the lower part of the feathers. These should have the same length as the body of the fly, and should be tied next to the hook eye. 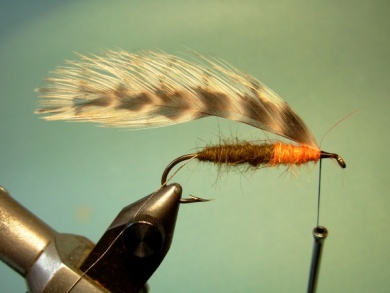 Place the feather fibers against the body. 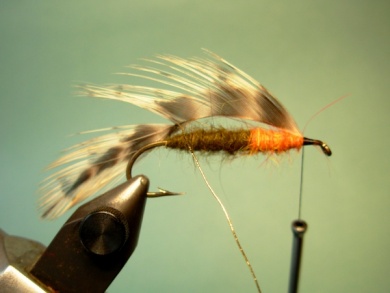 Use the ribbing material to secure the feathers along the body of the fly. 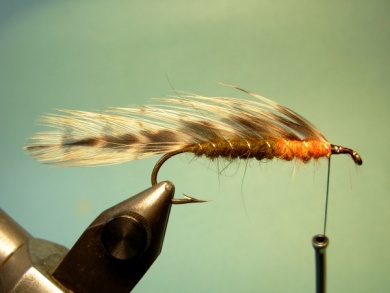 Tie a feather to shape the collar. 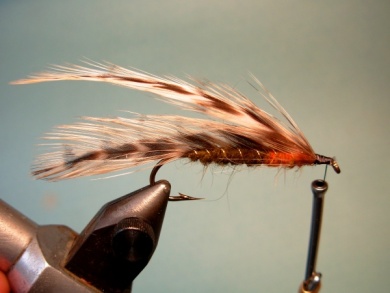 Wrap the feather like a collar. Use the thread to shape the head of the fly, whip finish and cement.Comb the body. 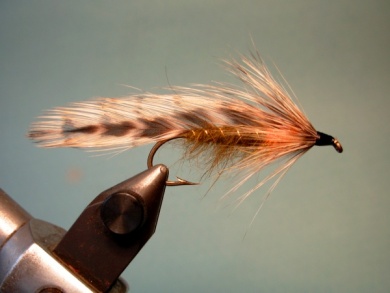