List of materials
Hook: Partridge Classic Spider or Daiichi 1110, from 12 to 20 both straight eyed.Thread: Pearsall´s Gossamer, red. Very fine silk thread, traditionally for Spiders. HACKLE: Grouse feather, barred, preferably from the reverse of the wing, or a small one from the back. Try to get one with barred shapes instead of spots, and with a nice curve in the fibers.
Steps

Tie the thread to the back, leave some space in the front. 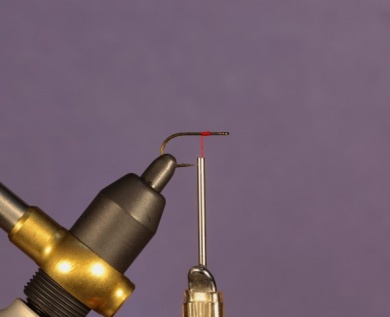 Keep tying with tight turns, not until the bend, and then go back evenly to the eye. The body in these spiders don’t surpass the line where the barb is. 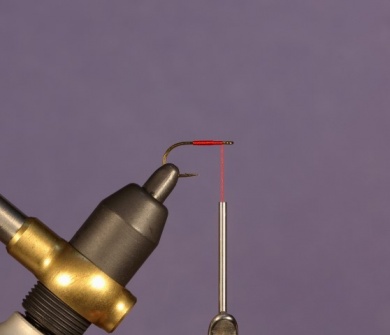 Choose a grouse feather (length of one and a half hook gap), skin the unnecessary material and tie from the front to the back, as shown in the picture. 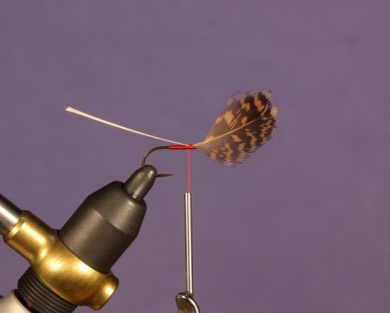 Trim the remaining quill and continue with the silk to the back. 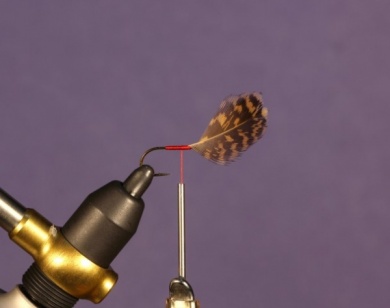 Use separate turns to wrap the grouse to the back. Tie it towards the head. The thread secures the quill without affecting the fibers. These must be almost vertical, with its curve towards the back. 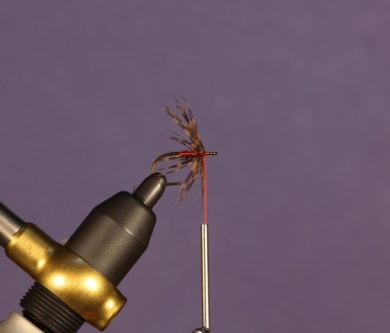 Finish with a knot, remember a small head is part of the style of these flies. 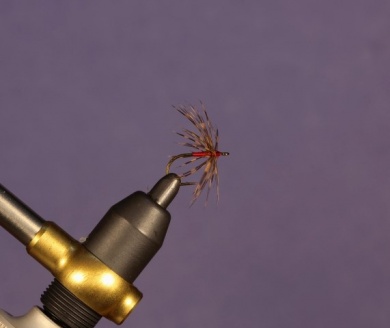