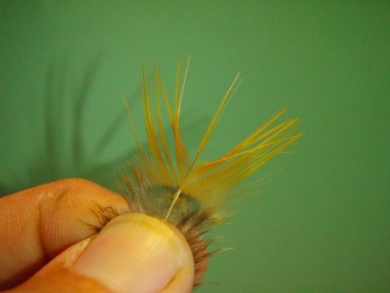 cut the tip of the hackle 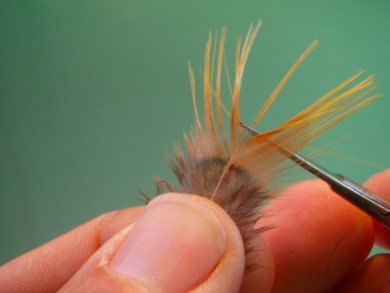 put the fibers in order 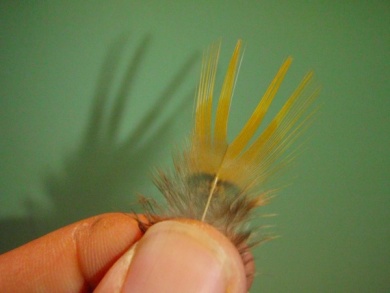 keep the last fiber of the hackle and cut the rest in parallel of the middle of feather ( about 0,5 mm large ) 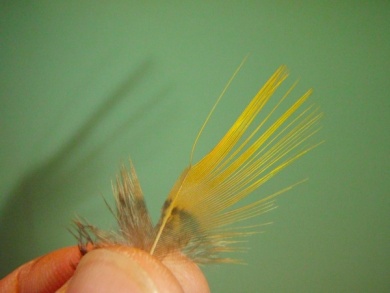 make the same operation on the other side 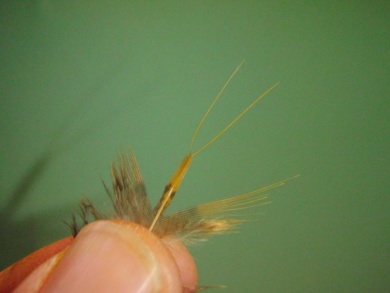 cut on the base : you got an extra light body 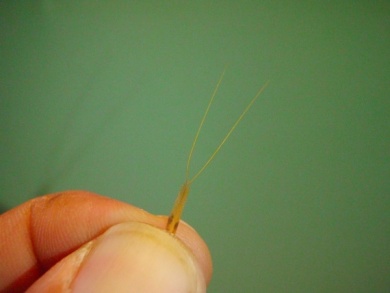 fix the body on the middle of the hook 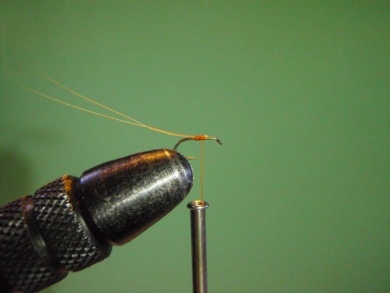 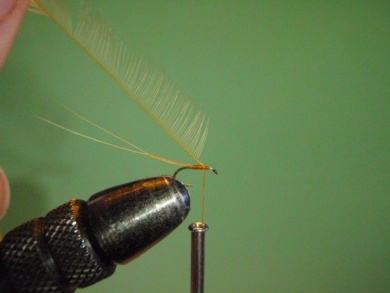 turn the hackle and fix it ( about 3 turns ) 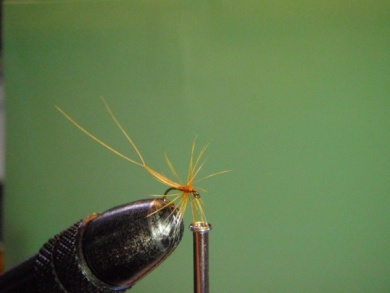 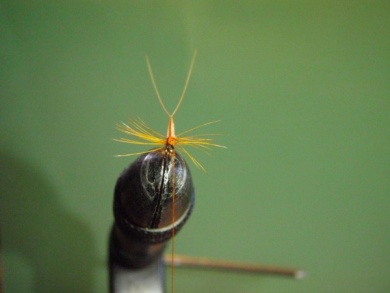 think to keep the legs a bit on the back of the flie , like that your flie will have the best position in the watter ! 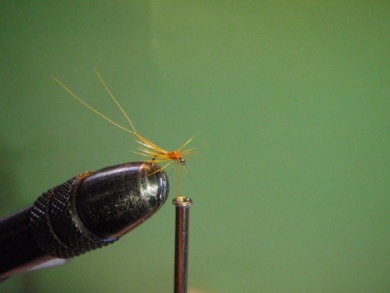 Fix the fibers of CDC on the middle of the legs 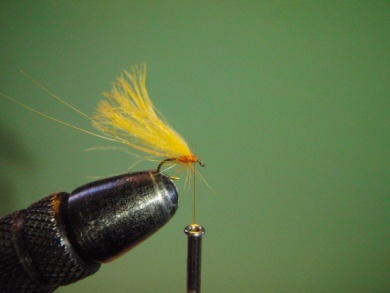 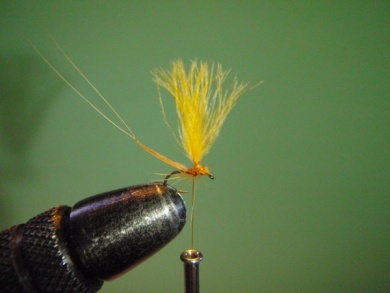 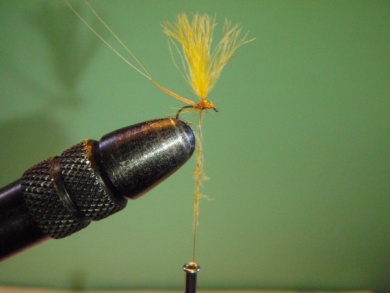 make the thorax (be careful to keep the legs in a goog position, equal on each side and a bit on the back of the flie) 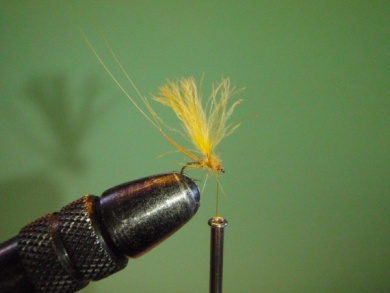 cut the wings to make it on the good shape 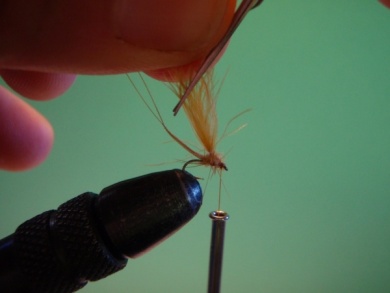 make the head & the final node, cut the thread 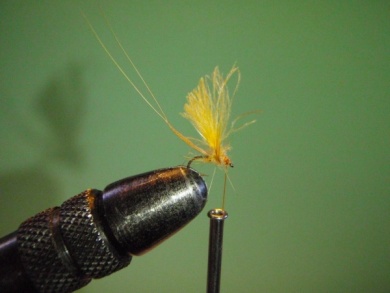 you got an extra light dry may flie ! 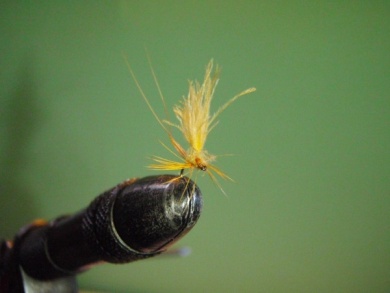 the imitation stay really high on the water as the fly that will take off ! You'll have strong attack from brown ! enjoy !! ;-) 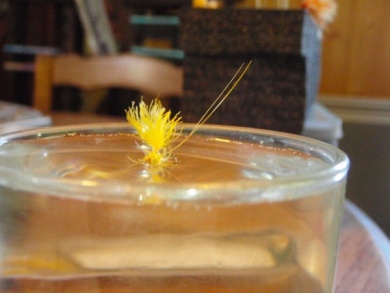 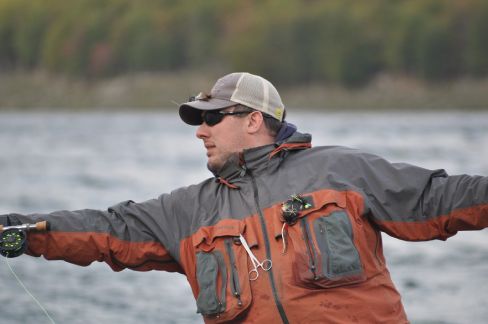