On the curve of a hook right, I fix a CDC hackle to half the length, with the base from the side of the eye. 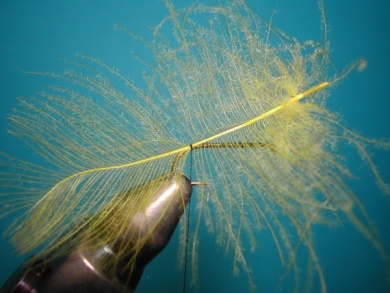 After fixing, I lift the two halves of the hackle and I fix beside them a rooster hackle. 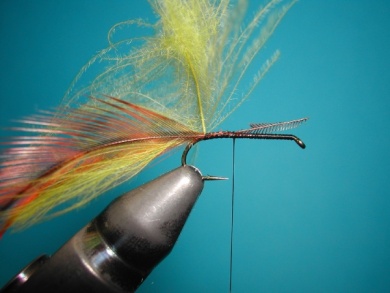 At the same point, I fix three peacock herls. 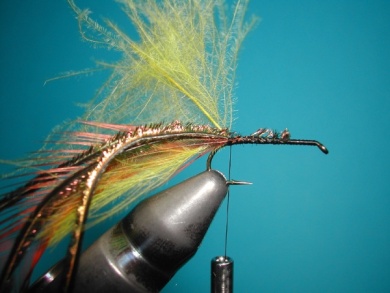 Twist peacock herls, wrap them around the shank, fix them next to the eye of the hook and cut the surplus. 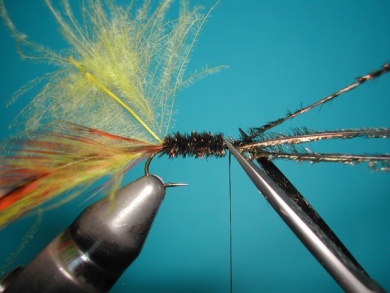 Wrap the rooster hackle around the body of peacock herls and came just before the eye, I fix it and cut the excess. 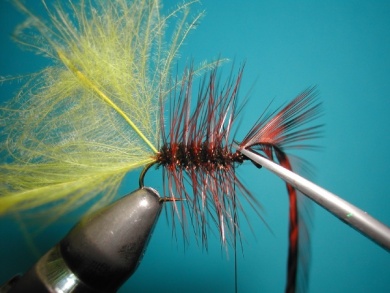 Take half CDC hackle for the base, reverse it over the body, dividing in half rooster fibers, fix it next to the eye and cut the excess. 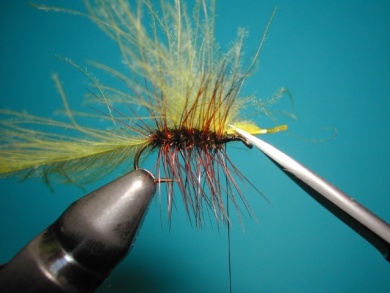 Take the other half of the hackle for the tip, reverse it over to the body and, after moving the fibers along the stem, fix it just before the eye of the hook and trim excess. 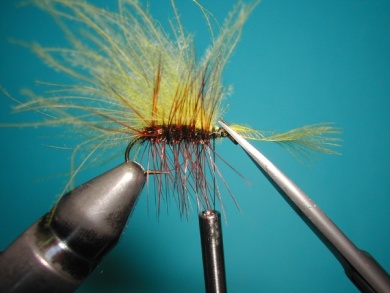 Tie the head of fly. 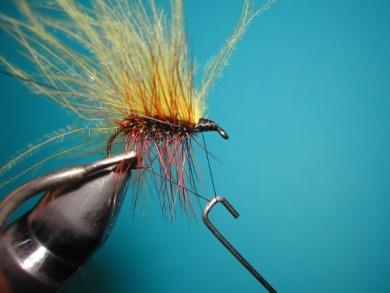 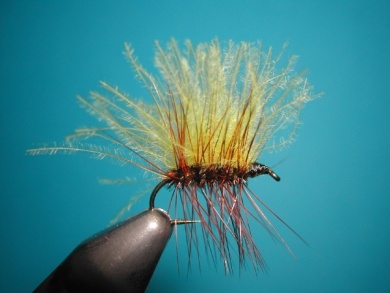 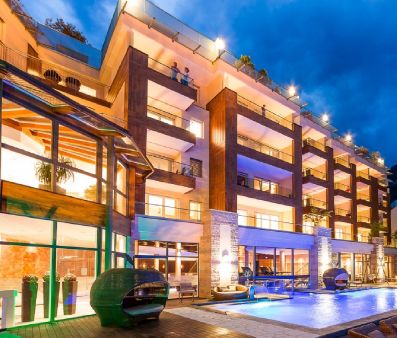