The freshwater drum, Aplodinotus grunniens, is a fish endemic to North and Central America. It is the only species in the genus Aplodinotus. The freshwater drum is a member of the family Sciaenidae, and is the only North American member of the group that inhabits freshwater for its entire life. Its generic name, Aplodinotus, comes from Greek meaning "single back", and the specific epithet, grunniens, comes from a Latin word meaning "grunting". It is given to it because of the grunting noise that mature males make. This noise comes from a special set of muscles within the body cavity that vibrate against the swim bladder. The purpose of the grunting is unknown, but due to it being present in only mature males, it is assumed to be linked to spawning.

The drum typically weigh 5–15 lb (2.3–6.8 kg). The world record was caught on Nickajack Lake in Tennessee, and weighed in at 54 lb 8 oz (24.7 kg). The freshwater drum is gray or silvery in turbid waters and more bronze or brown colored in clearer waters. It is a deep bodied fish with a divided dorsal fin consisting of 10 spines and 29–32 rays. It is also called shepherd's pie, "perch", silver bass, gray bass, Gasper goo, Gaspergou, gou, grunt, grunter, grinder, wuss fish, and croaker, and is commonly known as sheephead or sheepshead in parts of Canada, the United Kingdom, and the United States. 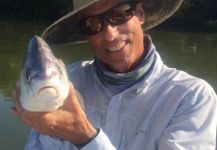 by Shannon Drawe
1058
View All 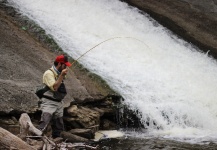 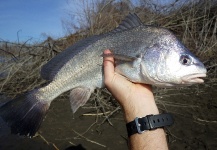