Parachromis managuensis is a large cichlid native to freshwater habitats in Central America, where found from Honduras to Costa Rica. The scientific name refers to Lake Managua in Nicaragua from where the holotype was obtained. It is a food fish and is also found in the aquarium trade where it is variously known as the jaguar cichlid, managuense cichlid or managua cichlid, guapote tigre, Aztec cichlid, spotted guapote and jaguar guapote. males grow to a length of 35 centimetres (14 in) TL and females to a length of 30 centimetres (12 in) TL .

The species is a carnivorous, highly predatory fish. Their diet consists mainly of small fish and macroinvertebrates. They preferturbid, eutrophic lakes, often found in warm water depleted of oxygen. Their native substrate is one of mud-bottoms, but can also be found in other ponds and springs with sandy bottoms covered in plant debris. They inhabit lakes in a tropical climate and prefer water with a 7.0–8.7 pH, a water hardness of 10–15 dGH, and a temperature range of 25 to 36 °C (77 to 97 °F). They are usually found at depths of from 3 to 10 metres (9.8 to 32.8 ft) 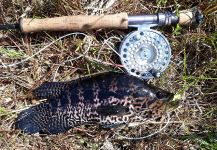 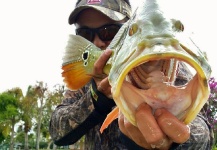 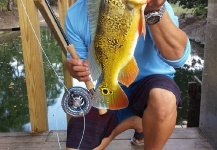 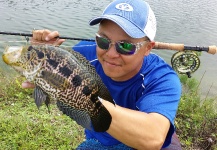 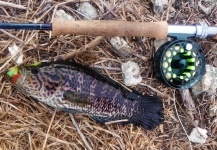