The Sakhalin taimen (Hucho perryi), also called the Sea-run taimen, Stringfish, Japanese huchen, or Ito, is a species of fish in the salmon family (family Salmonidae) of order Salmoniformes.

Sakhalin taimen is one of largest, most ancient salmon species and primarily inhabits the lower to middle reaches of lakes and rivers. Fish over 30 cm long are almost exclusively piscivores, while the young feed mostly on aquatic insects. Females typically lay between 2,000-10,000 eggs in the spring on the sandy or gravelly river bottom. The average specimen caught have weighed around 5 kg (11 lb). The largest fish caught was recorded at 9.45 kg / 20 lb 13 oz (IGFA world record). According to the unauthorized record of Japan, a fish with a length of 2 m 10 cm was captured in 1937 from theTokachi River, Hokkaidō. World research concluded that this species of fish is, surprisingly, able to change its own sex for mating.

Sakhalin taimen are found in the Northwest Pacific: Sakhalin Island (Russia), the Island of Hokkaidō (Japan) and parts of the far eastern Russian mainland. An anadromous form is located near the eastern shores of Hokkaido. 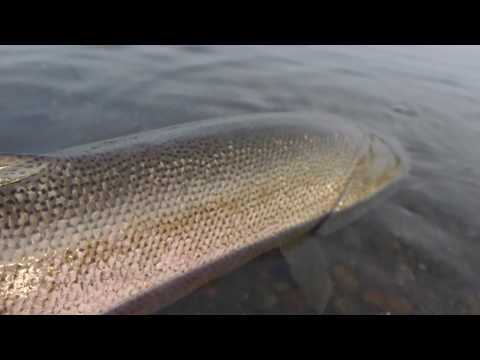