The Texas cichlid (Herichthys cyanoguttatus, formerly Cichlasoma cyanoguttatum) is a freshwater fish of the cichlid family. Also known as Rio Grande cichlid, this species is originated from the lower Rio Grande drainage in Texas and Northeastern Mexico, particular on the sandy bottom of deep rivers. This is the only cichlid species native to the United States, and has been introduced by man as far North as Central Texas where they live in various lakes and rivers.

The Texas cichlid has a large grayish high-backed body with bright blue scales and two dark spots, one at the center of the body and another and the end of its tail. Adult males have a large hump on their heads. This species can grow up to 30 cm. 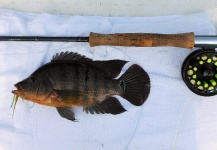 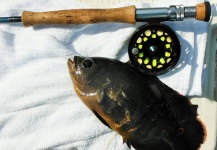 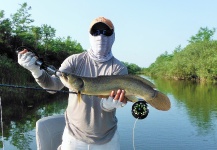 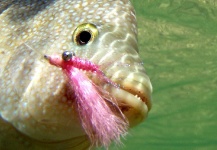