White bass are distributed widely across the United States, particularly in the midwest. They are very abundant in Pennsylvania and the area around Lake Erie. Some native ranges of the white bass are the Arkansas River, Lake Erie near Cleveland, Ohio, and Lake Poinsett in South Dakota, also very abundant in Oklahoma. White bass have also been found in rivers that flow to the Mississippi. Native to many northern habitats, they have been introduced in many different waters around the United States, particularly in southern locations. They were also successfully introduced to Manitoba starting in the 1960s, where they have gained importance as a sport fish. by Siebe Veenstra
1955
View All 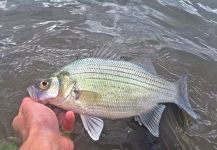 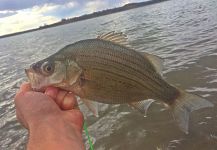