The first reference about the golden dorado dates back to 1542, when Cabeza de Vaca found in Parana’s River  a great fish that he included on his diet: the Pira-yuba (yellow fish), whose best piece was the head, and from which medicinal oil could be extracted as well.

Weight and measures: The average size of the golden dorado is about 6 to 22 pounds, it depends on the environment. The largest recorded size was 100 cm length and 31.4 kg (69 pounds), captured at the confluence of the rivers Tarija and Bermejo.

Distribution: Golden dorado is a South American native species that can be found in Argentina, Bolivia, Paraguay, Uruguay and Brazil. There are four types: Salminus affinis, Salminus Hilarii, Salminus brevidens and Salminus maxillosus; the last two are native from Argentina and found in different north-centre basins of the country. As regards its distribution in other countries, Dorado lives in the warm waters of the Amazon system in South America.

Habitat and life cycle: Golden dorado needs two different areas in its life cycle: one to feed and another to reproduce, migrating constantly between them, sometimes reaching distances of 1500 km. Usually, this fish migrates upstream to spawn during October, November and December when there is an increase in the flow because of the high rainfall, an important factor in the reproduction of the species.

Their reproduction is external and occurs once a year. Female deposits the eggs, which are fertilized by the male. By means of the stream, the eggs are drawn to areas of calm waters, where they remain until they hatch. Hatching occurs at 24 ATU (Accumulated Thermal Units), i.e. if water remains at an average temperature of 24 C ° per day, hatch happens in one day.

Physiognomy: Dorado are golden colored fish, with large heads and powerful jaws filled with sharp conical teeth. Its head takes up to one fourth of the body total length, and one forth of it is occupied by the jaw. This fish has strong and important operculum’s that protect the branchial system, and it has a large stem since it swim a lot.

Diet: Trophic migrations are usually associated with the sábalo (Prochilodus lineatus), their main food prey, to whom it’s linked throughout the entire life cycle.
After hatching they only feed on its yolk sac, by the time it is finished and their jaws have developed the juvenile stage begins. At first, they feed on protozoa, zooplankton and micro-crustaceans, then on larger organisms such as crabs, shrimp, insects and small fish. Once the adult stage is reached, Golden Dorado turns piscivorous, i.e. eats different types of fish such as catfish, bream and mainly sábalo, also small mammals, reptiles and birds.

Conservation: In 2005, Argentina´s Congress declared Dorado a species of national interest by Law No. 26.021. Regulated by Decree No. 381/2005, the law ratifies an initiative of the Environmental Ministry, which sought to enhance the conservation of species threatened by commercial fishing and the construction of dams that interrupt their migration. 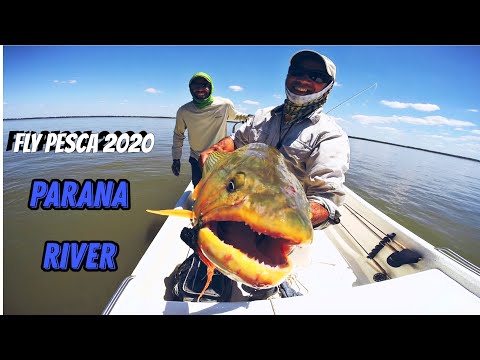 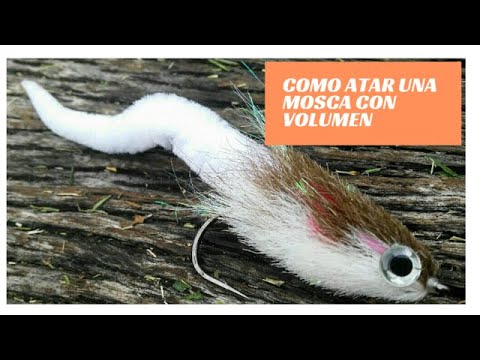 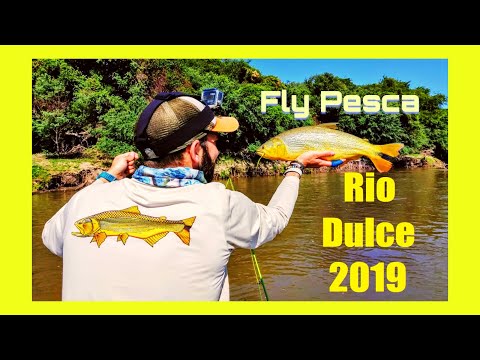 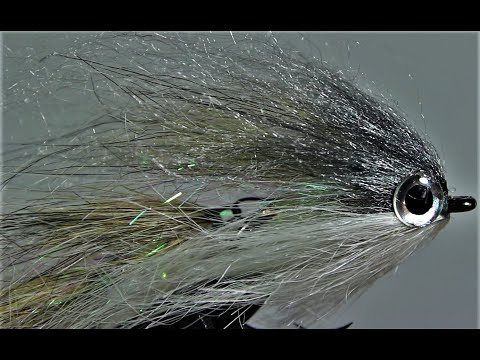 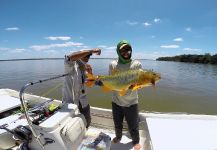 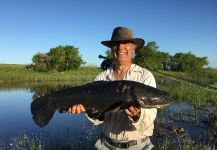 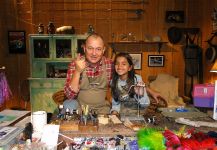 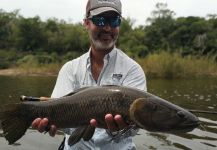 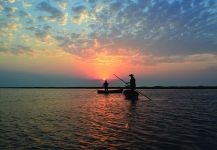