Wrap some lead wire along ¾ of the hook shank, next to the eye. 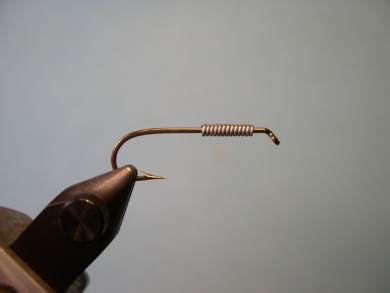 Tie a pair of rubber legs along the hook shank. Antennae and tail should have the exact same length. 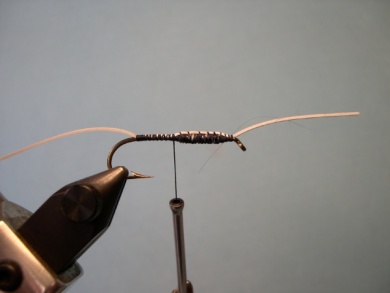 Loop the thread next to the base of the tails. 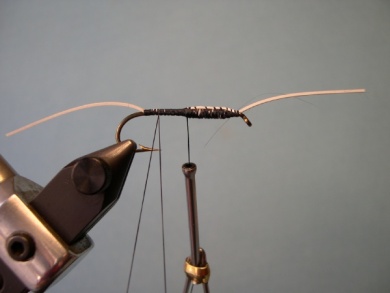 Tie a pair of legs at the middle of the hook shank. 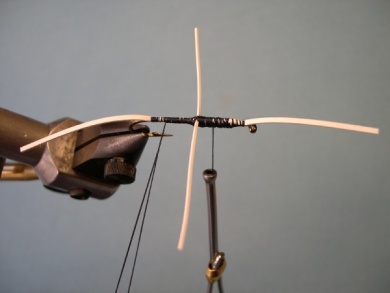 Tie a second pair of legs at the first ¼ section of the hook shank and take the thread forward until it reaches the hook eye. 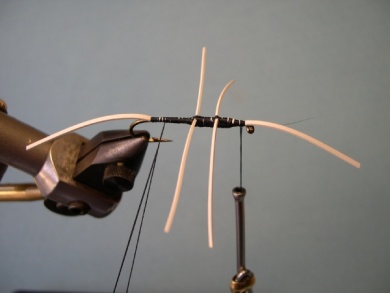 Grab the rabbit hair using a Marc Petitjean tool. These should be short next to the hook and longer as possible at the other end. 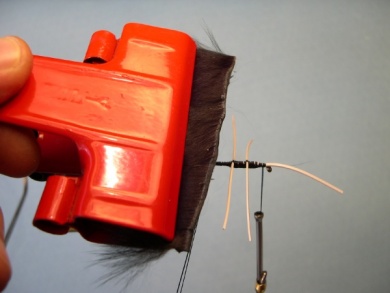 Firmly set the hair between the two looped threads and then evenly cut the hairs, leaving the skin aside. 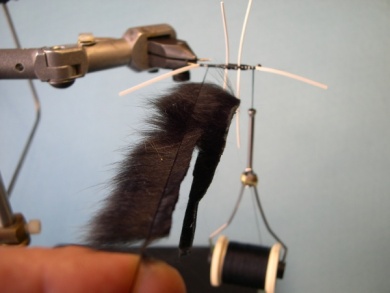 Wrap the loop with many turns so that the rabbit hair is firmly set between the two threads. 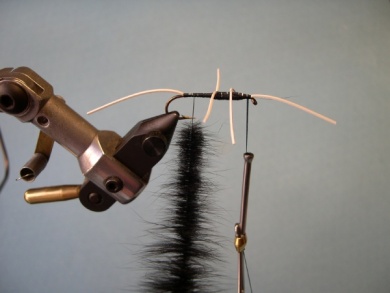 Wrap the rabbit hair along the hook shank until it reaches the eye. Tie the final knot and cement. 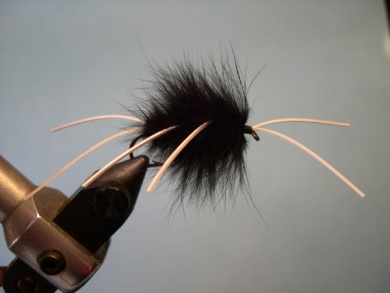 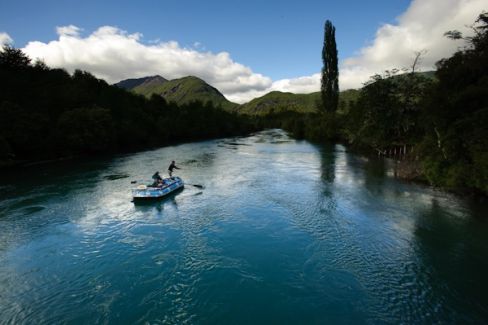