Place the bead head on the hook and then set the hook on the vise. 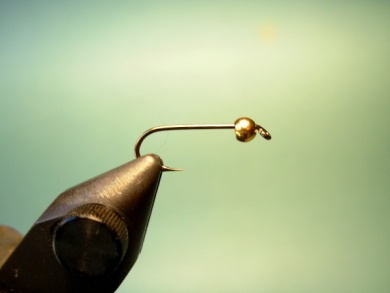 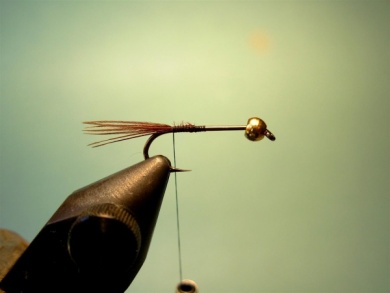 Tie the flat silver tinsel next to the base of the tail and make the underbody with the thread. This should have a conic shape, getting thicker as it gets closer to the head of the fly. 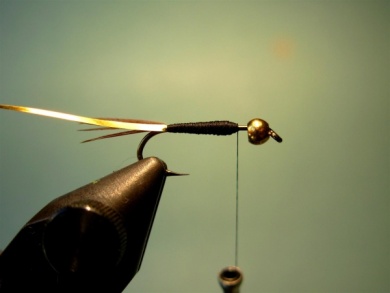 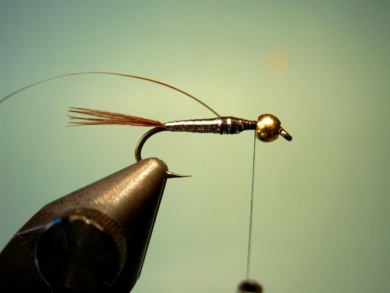 Tie off 4 or 5 peacock herl fibers in the same place as the flat silver tinsel. This will work as a wingcase. 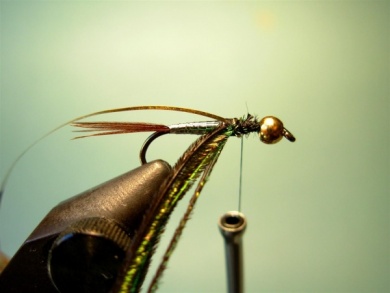 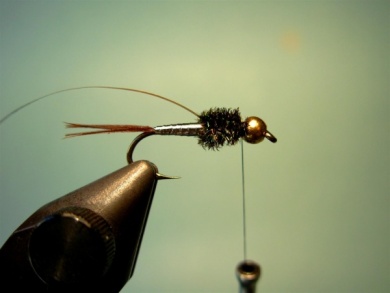 Turn the flat silver tinsel and tie it next to the bead head. Tie off and cement. 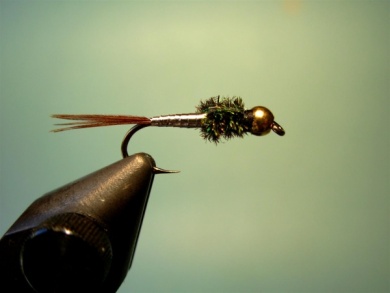 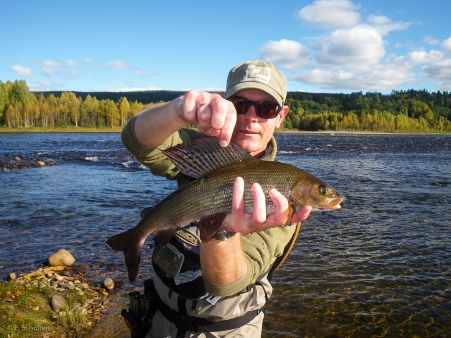