There was a time when Marabou Muddlers were the flies to catch big trout. I still remember some strikes at the bend of the Chimehuin River’s La Boca (river inlet) in Patagonia with some black Marabou Muddlers almost at night, strikes that make you catch big browns.

At the Collón Curá River we View more...There was a time when Marabou Muddlers were the flies to catch big trout. I still remember some strikes at the bend of the Chimehuin River’s La Boca (river inlet) in Patagonia with some black Marabou Muddlers almost at night, strikes that make you catch big browns.

At the Collón Curá River we used to fish with olive Marabou Muddlers upstream, with the right speed just enough to keep the line tense. We used to have takes, one after the other, in those runs. Recently, I caught several very nice rainbows and browns in the Upper Malleo River with a #2 white Marabou Muddler. The biggest rainbow trout caught at this river in the 70’s was taken on this fly; it’s nice to see this pattern, with its special underwater magic, still brings big trout to the net.

These flies have never been dismissed in my fly boxes, and this particular one I use for big browns in medium sized and small rivers, where the browns attack other fish and especially rainbow trout.

Wrap the lead wire leaving some space at the front and at the back. Then cover it with some lacquer or cianoacrilate to seal it and fix it.

The picture shows the right length of mylar tube needed to make the body. 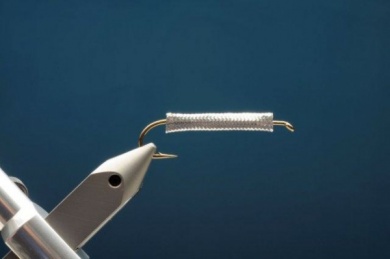 Tie the tube at both tips leaving some space for the wing and head. 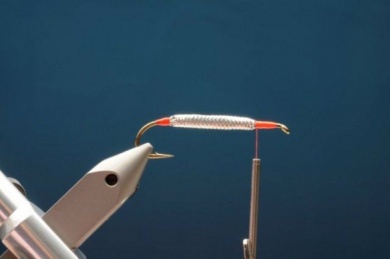 Even out a bundle of calf or deer hair. 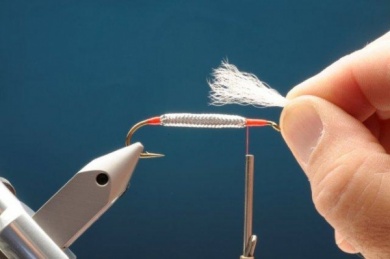 Tie the bundle making sure it doesn’t spin. The tips should get up to the orange tag at the back, no further. Trim at the front, cover with thread, use some cianoacrilate for the hairs before. This way the bundle doesn’t loosen when used. 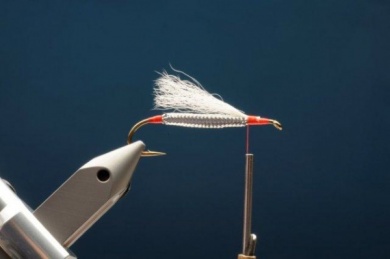 Tie a bundle of White marabou fibers without the central raquis, then on top of it tie the pink one and olive one. There’s no need to make thick bundles, the fly fishes better if it’s lighter. 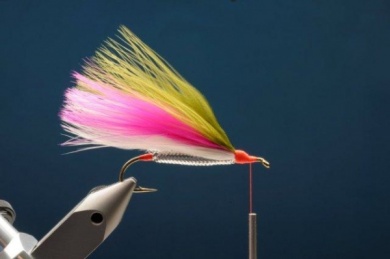 On the back, tie between 4 to 6 peacock eye (or herl) fibers and then make a red hackle with dubbing to imitate the gills. Change the orange thread for Unicord or Kevlar for the next step. 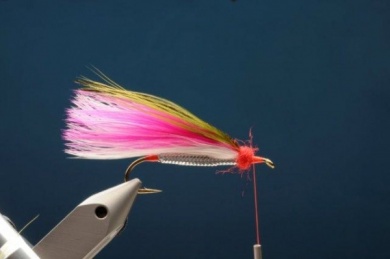 Even out a bundle of deer for the olive heads. Tie it on the top section of the head. Use just one bundle, we don’t want a very thick head. 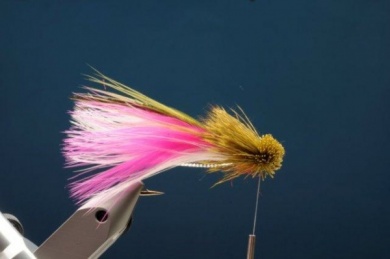 Now tie the pink deer bundle in the lower side of the head. The pink collar must be a bit longer than the olive one, to shape the belly of the fly. Finish with a knot right before the hook eye and cement with cianoacrilate only on the thread. If we have trimmed the deer bundles before tying them, then we won’t have to trim them much more when tied. 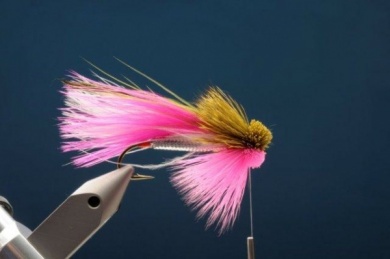 Shape the head to make it a bit more flat and the M.M. Rainbow Muddler is ready for the river. 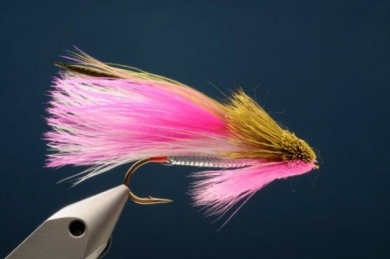 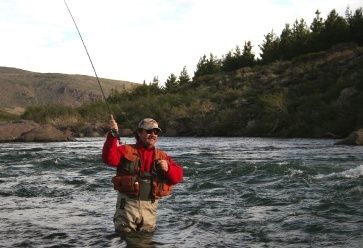