Library Article Fly-fishing news Where Should I Go For an Alaska Fishing Trip? That’s a Good Question. We Have the Answer!

Where Should I Go For an Alaska Fishing Trip? That’s a Good Question. We Have the Answer! 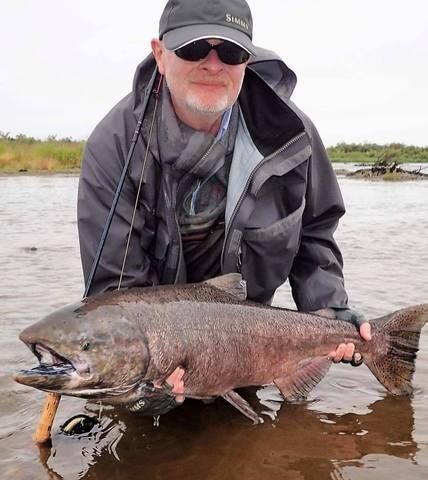 As this year draws to a close, Christmas Carols having filled our homes with strains of Holiday cheer, perhaps you are a bit like me and your mind starts to wander with the anticipation for what the New Year will bring. It is at this time of the year that I often find myself with some extra time on my hands as I take a break from the hustle and bustle of modern life. I can’t help but wonder what new adventures await in the year ahead. Those day dreams tend to include rods bent to the point of breaking with reels screaming as powerful, hard fighting fish leap, twisting and turning in an attempt to throw my fly.

Perhaps like me as well, you have always dreamed of going to Alaska, but unlike myself, you have yet to have had the opportunity to do so. You’ve heard of the huge runs of salmon and hard fighting trout that fill many of Alaska’s rivers and lakes. You’ve seen on television the majestic beauty of it’s mountains and vast wilderness filled with wildlife! And you’ve said to yourself, “One day! One day I’m going to go and fish in Alaska! “

If that’s the case, the challenge won’t be catching fish, as much as it will be deciding where to go! I mean let’s face it, that can be a daunting question! Alaska is a big state, with a whole lot of water! In fact, Alaska’s coastline is longer than all the other US states combined and it has more than 40% of the entire surface water found in the USA! With more than three million lakes, over 12,000 rivers, and many more thousands of streams and creeks you will be literally “spoilt for choice”. But making the right choice is everything. You don’t want to make the wrong choice if you are going to go all that way and spend all that money!

A quick search of the internet will reveal what a “mine field” it is when trying to decide upon what to do and where to go! You wouldn’t be wrong in thinking it is easier to “get lost” in the vastness of the many choices of where you could go to wet a line than it would be getting lost in Alaska’s wilderness itself! So, the question remains, "Where should I go for my Alaska Fishing Trip? We think we have the answer for you.....

ATA Lodge on the Alagnak River or Bristol Bay, Alaska!

For the unindoctrinated who have never heard of Bristol Bay, you could be forgiven for not realizing how this region stands head and shoulders above the rest.

Those “in the know”, have discovered that Bristol Bay, in Southwest Alaska is hands down, the best fresh water salmon and trout fishing on the planet. And the Alagnak Wild River stands proud among it’s peers as a “Gem in the Crown” of Bristol Bay. There are a number of reasons for this.

First and foremost, we simply have more fish! Bristol Bay watersheds are home to the largest migrations of all 5 species of Pacific Salmon found anywhere in the world!

This last year 56 Million Sockeye Salmon alone (yes you read that right, 56 MILLION), returned to Bristol Bay on their annual spawning run. And that’s not even counting the large numbers of Chinook (King), Silver (Coho), Chum and Pink Salmon that also come back to spawn in these rivers as well! All those salmon spawning also supports a world-class fishery for resident species like wild rainbow trout, arctic grayling and char, lake trout and northern pike.

Secondly, we are away from the crowds! There is no road access to the entire region, let alone our lodge! The only way to arrive is by plane.

The remoteness of the region ensures that it is a true pristine wilderness area, far away from modern intrusions. No combat fishing to be found here. You can spend most days without seeing another fisherman! A true outdoors man's paradise, with crystal clear rivers full of a diverse and wide variety of hard fighting fish, eager to grab a well presented fly or lure! What more could you ask for!

Finally the Alagnak is a river of outstanding natural beauty!

The Alagnak River was Alaska's first ever designated Wild and Scenic River and is a national park in its own right. Surrounded by the Katmai National Park and Preserve, the Alagnak River flows through a wild land of captivating landscapes and abundant wildlife. Meandering down this braided river, you will discover bald eagles perched atop spruce trees in boreal forests. You will gaze at moose browsing above the river bank in the wet sedge tundra as well as encounter Alaskan brown bears feasting upon spawning salmon! This is why we are considered by many who have visited Alaska numerous times, as having the "whole package ". Like us, they have found what they had been looking for in an Alaska Fishing Trip, fulfilling the vision of Alaska they always had dreamed about in their minds! In the words of one of our clients, "You have the best spot on an extremely rare river! I have fished all over Alaska for over 30 years since 1984 and if I had to pick just one place and only one to go back to, it would be your lodge on the Alagnak River!"

Home to what is perhaps the largest run of all five species of pacific salmon in the same river anywhere in the world, ATA Lodge has the unique privilege of offering the sport fishing enthusiast, one of the most dramatic dream destinations on the planet to target all five species of Pacific salmon, together with rainbow trout, arctic grayling and char.....and all this away from all the crowds! Situated on the remote banks of the Wild and Scenic Alagnak River; Alaska Trophy Adventures Lodge is the perfect wilderness fishing escape!

Our lodge's prime river frontage, is located in the most iconic section of the Alagnak known as "the Braids". We are accessible via bush plane, landing on a private airstrip on the property. You will spend an unforgettable time catching more fish than you ever imagined possible, surrounded by wild, untouched nature, while enjoying all the comforts our lodge has to offer!

To find out more check out our website at www.atalodge.com. We hope to hear from you soon! 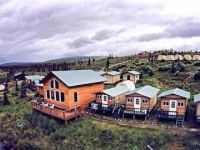 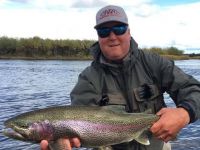 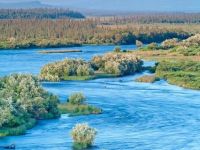 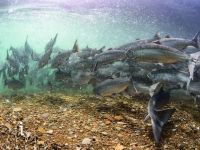 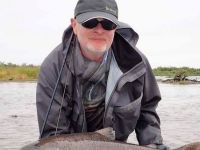 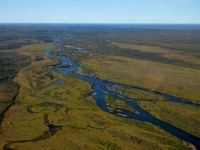 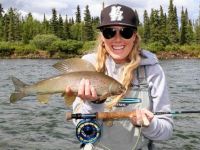 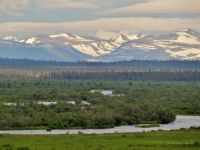 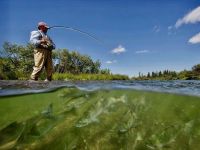 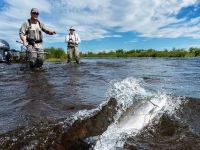 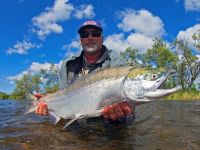 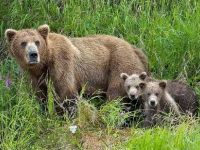 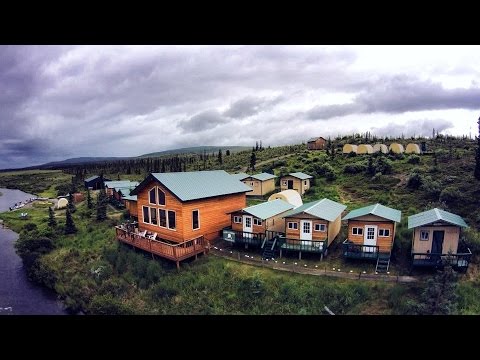 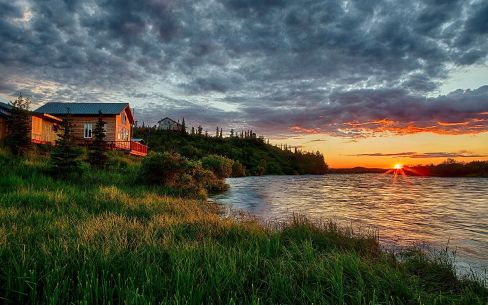